This Season Give The Gift Of Margaret Cho 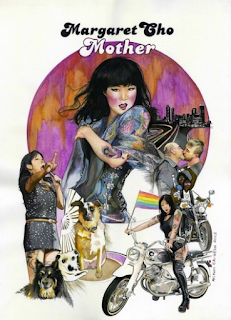 MARGARET CHO’S  “CHO DEPENDENT- LIVE IN CONCERT”
NABS GRAMMY NOMINATION FOR “BEST COMEDY ALBUM”
CHO READIES HER 2013 “MOTHER” STAND UP TOUR DATES
MARGARET TO GUEST ON THE LATE LATE SHOW WITH CRAIG FERGUSON AND THE RICKI LAKE SHOW IN JANUARY
Los Angeles, CA – December 2012 -  Critically acclaimed comedian, Margaret Cho  is set to return to the road in January for a string of dates in support of  her brand-new stand up show bringing audiences her unflinching brand of comedy called MOTHER.   MOTHER offers up an untraditional look at motherhood and how we look at maternal figures and strong women in queer culture.  It’s probably her edgiest show to date, filled with riotous observations on race, drugs, sexuality – gay-straight-everything in between, celebrity, culture, politics – nothing is sacred-least of all this MOTHER.

The cornerstone of MOTHER revolves around Cho’s long-suffering Korean mom and a staple of her shows, Seung-Hoon Cho.  “It’s great because I get to put a lot of emphasis on my own mother,” Cho explains.  “My mother did not prepare me for the world.  First - I was named the poetic korean name "moran" which was perfect for the kids at school to call me "moron" and set me up for a good quarter century of therapy.  However, I can clean a fish with my bare hands.  So there are pros and cons of being from an Asian immigrant family.”
Margaret toured various U.S. and UK markets in late 2012 with Bust magazine attending her show in Paris.  “Ms. Cho put on a hysterically funny 90-minute set.  It was the most explicit and painfully honest performance I’ve ever seen from her giving it 100%.”  MOTHER  will visit intimate clubs & theatres beginning January 23 in Asheville, NC.  All dates are posted on http://www.margaretcho.com/ 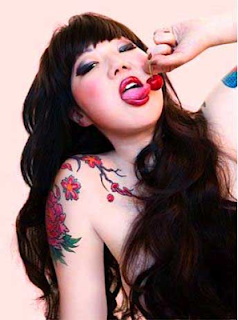 In addition, Margaret will make various television appearances in January.  Look for Margaret to guest on The Late Late Show with Craig Ferguson Thursday, January 10 and The Ricki Lake show in mid- January.

Margaretcho.com features some of the most sincere, fiery and laugh-out-loud funny blogs you will find on the Internet. A must-read,  not only on her website, but as a three times weekly download from the Kindle Store, readers find out a lot about what’s going on in the mind of Margaret Cho via her insightful blog posts. Her blogs are not only funny, but also smart and perceptive. Download them here:http://www.amazon.com/gp/product/B006M4WWMM and here: http://www.margaretcho.com/category/blog/.

For complete info on Margaret Cho please visit:
http://www.margaretcho.com/
Posted by Michael Shinafelt at 8:06 AM