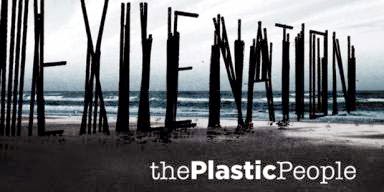 Human rights are a huge issue in the United States of America right now, check out this documentary Narrated & Presented by the one and only Edward James Olmos -

“Exile Nation is a close-up look at a group of people without passports who have slipped through the cracks of not just one system but two…. emotionally powerful and provocative."

“This film is as important to American awareness as Bowling For Columbine, Into The Abyss, or Super Size Me."
– Filmmaking Review

“Charles Shaw’s The Plastic People is a loud and clear rallying cry for immigration reform that reveals the everyday suffering behind the statistics. As Charles follows photographer Chris Bava into Tijuana’s notorious “Zona Norte,” it becomes immediately clear that the situation on the border is nothing less than a human rights crisis.”
– Brian Duffy, openDemocracy

“Invisible to many locals, ignored by most tourists, and routinely abused by police, the 'plastic people' are largely made up of deported immigrants who were deposited in Tijuana, regardless of their country of origin, and resorted to living in the vast gutter plagued by raw sewage, toxic chemicals, discarded needles, disease, and dangerous flash flooding… Exile Nation: The Plastic People offers a harrowing look at the faces and stories of the Tijuana River canal."

Devolver Digital Films is proud to announce the digital VOD release of the important new documentary, Exile Nation: The Plastic People, presented by Edward James Olmoswho also narrates the film. Written, photographed, and directed by Charles Shaw, the powerful film follows U.S. deportees, struggling to survive in Tijuana, living in cardboard shacks and sewer pipes, in an ever-expanding underworld of exiles. The film’s digital VOD release is scheduled for December 16, 2014 via iTunes, Amazon Instant Video, PlayStation, Xbox, VUDU, Vimeo on Demand, VHX, Gumroad, Google Play, and others. For additional information, please visit http://exilenation.org/the-plastic-people.
“Nearly 400 people are deported to Tijuana every day and nearly 1,000 people, without Mexican families or citizenship, are living in that city’s sewers because they have nowhere else to go,” says Charles Shaw, director of The Plastic People, “Most are hunted down relentlessly by the police or have become fodder for the cartels… struggling to survive.”

Exile Nation: The Plastic People (Documentary, 2014, 75 min.) –
Narrated by Edward James Olmos, The Plastic People reveals how the exploitative policies of a failed war on drugs and immigration added Tijuana's “Zona Norte” to the growing international crisis of nationless refugees and deportees. Shot on location in Tijuana, the film follows the lives of three men who have found themselves stuck in an impossible situation as drug addicts, criminals, deportees, and the people they have become under these extraordinary conditions:


• Chris Bava, a photographer fighting his own addictions, recorded the horrors of the situation in hauntingly beautiful photographs that adorn the film, while offering the help he could to deportees.
• Javier Godinez Mondragon, a Mexican American deportee who immigrated to the U.S. with his family as a young boy, deported at age 30 for drug possession.
• Jonathan Espinoza, a newly married young deportee who spent his entire life in the U.S after immigrating at age 5, deported after a fight with a former classmate.

The 9/11 attacks began a decade-long period of anti-immigrant policies in the United States. As a consequence, the U.S. began the mass-deportation of an estimated 4 to 6 million “non-citizens.” Those hit hardest by these new policies were Latinos, primarily Mexicans, who make up 97% of those deported, returned to a country with a devastated economy in the midst of a cartel war.

Thrown away by both the U.S. and Mexico, the “plastic people” struggle to survive in hellish limbo along the border, separated from everyone and everything they know. They had families and contributed to their communities in the States, yet still had not achieved citizenship. Many were deported, without any hope of returning, their families trapped on the other side of the border. Children were taken from parents, leaving tens of thousands as wards of the state. The Plastic People uncovers the heartbreaking story of these displaced humans as they search fo r meaning, purpose, and, ultimately, redemption.

A percentage of the film’s proceeds are being donated to: