Are You A "Crate Digger?" 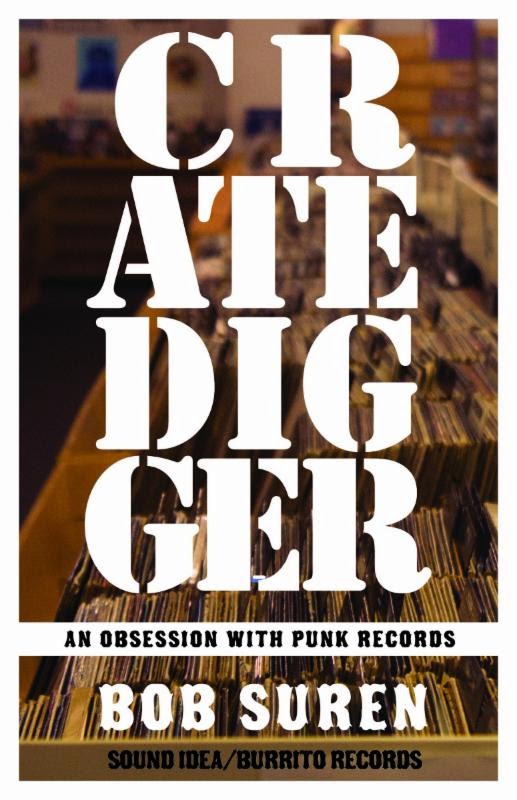 Crate Digger: An Obsession With Punk Records
by Bob Suren

An insider's account of the last 30 years of punk rock and vinyl records,
including new information on many punk luminaries.

Oh how fondly I remember "crate digging" - it was so much fun, I would go to the Tower Records once a week and find out what new vinyl I could buy, punk included. Yes, I was and still am a Punk Rocker!!!

Bob Suren spent more than 30 years immersed in punk rock. His obsession with punk music, culture, and especially record collecting began with a loaned mix tape in a small town in Florida when he was a teenager and slowly took over all aspects of his life.

He started a record label and distribution company, opened a record store, managed a thriving bootleg merchandise empire, published a magazine, promoted shows, and traveled the world with his own band. He mentored generations of younger punks and built a movement that put Florida on the map. He stayed a step ahead of all the ups and downs of the music industry, always pioneering.

Join Bob as he hangs out with punk luminaries like Jello Biafra, The Meatmen, Raw Power, Black Flag, The Dead Boys, Millions of Dead Cops, Rattus, and more. He relates his (mis)adventures breaking his curfew to see the Dead Boys' last show, almost getting arrested after seeing the Ramones, touring with his bands in Egypt, Ecuador, Brazil, and more.

As Jeff Nelson of Minor Threat said, "Really brings to life the early days of the American punk scene as it spread slowly across the country, through turntables, fanzines, and word of mouth. His vivid vinyl recollections illustrate how good record stores and adventurous college radio stations were so essential in bringing startling new music into the lives of many previously isolated kids. It follows the trajectory of a kid-turned-concert-promoter as his passion for music became all-consuming."

Then one day it all fell apart. He'd built up his life like a record collection, but it didn't satisfy him anymore. He sold everything, dropped out, moved far from home to start fresh... and wrote this book.

Crate Digger is written in short spurts tied to actual records. The result is real, heartfelt, and deeply informed by the music of the last thirty years. It's a basic piece of your punk history collection.

"Bob Suren delivers some great punk rawk history through anecdote and wit, intermingled with personal stories of love, loss, the characters that have come and gone and that elusive hunk of vinyl that's just around the next corner.... All spanning 30 years of Bob's life."
- Ami Lawless, Voetsek

"More than just your typical "record guide," Crate Digger allows us to accompany Bob on his passionate 30+ year punk rock journey. The anecdotal approach reminds us that, for the passionate music fan, there's a personal connection to a particular record that often conjures up various memories, both good and bad."
- Al Quint, Suburban Voice magazine and Sonic Overload Radio.