Where Troubles Melt Like Lemon Drops: "The Sound of Oz" 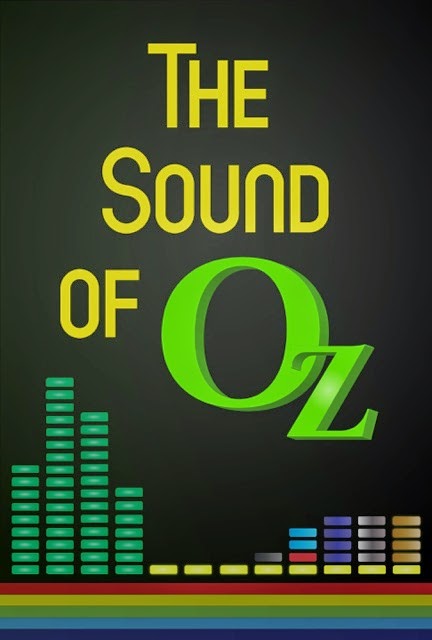 Everyone knows the songs from The Wizard of Oz; from Ding Dong The Witch is Dead, If I Only Had a Brain to Over the Rainbow. In fact Over The Rainbow is often cited as the greatest movie hit of all time. Few, however, know the names of the men who wrote Rainbow and the rest of the classic Oz score.
The remedy for their anonymity now is in the hands of Aaron Harburg -- great-grandson of The Wizard of Oz lyricist E.Y. “Yip” Harburg -- who has begun production on The Sound of Oz. The feature-length documentary honors both his great-grandfather and Oz composer Harold Arlen.

Aaron is conducting a campaign on Indiegogo to raise funds for his mission. I recently got to speak with him about it...so follow the yellow brick road and hear what he had to say.

MS: The songs from The Wizard of Oz are so well known, whey did it take until now for a project like this to happen?

AH: That's a really good question, since the songs have endured for 75 years it's pretty amazing. My Grandfather, Ernie Harburg has attempted to address this for his book Who Put The Rainbow in The Wizard Of Oz? But the book never really obtained the kind of notoriety it should have. I guess the powers that be elected the songs just weren't that important to the story.

MS: That's interesting because the songs from the film are so iconic, especially Over the Rainbow. Who doesn't know that one?

AH: The Wizard of Oz has always just been part of my family. But it wasn't until I went to New York and looking around, I was at some restaurant, or whatever, and it just struck me
Not only would everyone know Over the Rainbow, but they would probably have a personal connection to it. The Wizard of Oz has been a part of everyone's lives growing up. This might be less the case now, because it is not an annual television event anymore, but for a lot of people my age and older it definitely is. It's amazing to me how much impact it has had.
MS: Want to hear something shocking? I have a spin instructor who is forty-two and she asked the class how many people have not seen The Wizard of Oz and nobody raised their hand. She said she hadn't and I thought: "Well you're a freak!" (laughs)

MS: How long have you been working on the documentary?

AH: I actually started working on this in 2012. I moved to Los Angeles and spoke to a number of producers, studios and whatnot, I just wasn't getting the support and enthusiasm
I thought I was going to get. Last year at the Oz-Stravaganza in Chittenango, New York, which is the biggest Oz festival I met Ryan Jay who is a nationally syndicated film critic and has worked at a couple of television networks like VH-1, Showtime all that type of stuff. So he's had a bit of productions experience and he was super enthusiastic and decided to come on board. We shot a trailer last year in New York and are doing a crowd funding campaign, instead of dealing with investors so we can have creative control. That's my goal right no, I'm no longer working for my family estate, but I'm working on something I am very passionate about. I feel like it's a matter of justice and it has to be told.

MS: Can you spill on any juicy behind the scenes tidbits on the making of the songs?

AH: Hmmmmmmm...well Ira Gershwin actually intervened as part of the process of writing Over the Rainbow. That's not too well known, but there are a lot of little stories that we're planning on telling. There's two sides to the documentary. On the one hand there's the collaboration between my Great Grandfather and Harold Arlen songs were made, and them as people. Then there is the part about how the songs have taken on their own life and in our culture and impacted countless people sang it at The Oscars recently, there's the Hawaiian version that everybody knows, not jut Over the Rainbow, but Ding Dong the Witch is Dead was a big deal recently. But we will definitely address what was going on behind the scenes.

MS: Something that I found interesting that is stated in the trailer is that there is no mention of a rainbow in the book by Frank L. Baum.

AH: Yeah, that's right. There was no mention of a rainbow, so my Great Grandfather had a penchant for rainbows, he also wrote Finian's Rainbow, Look to the Rainbow. a rainbow then had a very different meaning than it does today. (laughs) It is was in his songs like a symbol of hope. There is a story behind the song Over the Rainbow. Allegedly my Great Grandfather was in the gardens one day thinking about: "What are we going to call this song, what lyrics are we going to put to this music?" Hearing the music and then creating the words is a crazy process. There was a Japanese gardener who had turned on the sprinklers and they were spraying and he wanted to get out of it, and he could see a rainbow and he thought to himself: "If I can just get past the rainbow I'll be fine" right then it clicked. That's the legend. (laughs)

MS: I believe it when I get creative ideas they come from super odd places.

AH: Yeah (laughs) Harold Arlen came up with the melody on the way to Grauman's Chinese Theater. He had to pull over so he could run into a drug store and jot it down on a piece of paper. That's totally crazy! (laughs)

MS: You're creative you know that's how it works.

AH: Yeah totally! I wake up in three in the morning going: "Oh my gosh what a great idea" and then I can't sleep for the rest of the night.

MS: Over the Rainbow still packs power, it's a go to song for many American Idol contestants.(laughs)

AH: Well it's a great song for people to show off their range: "look I can do an octave leap!"
(laughs)

MS: I am really looking forward to seeing the finished product.

AH: This has been an interesting journey for me personally because when I hear Over the Rainbow, since I never got to meet "Yip" he died before I was born. So when I hear that song it's almost like he's speaking to me, "the dreams that you dare to dream" they really do come true. That's been the biggest part of my inspiration to get this documentary made.

Learn more about the documentary at:

Be a part of The Sound Of Oz at:

Email ThisBlogThis!Share to TwitterShare to FacebookShare to Pinterest
Labels: Aaron Harburg, Ernie Harburg, EY "Yip" Harburg, Harold Arlen, Ira Gershwin, Over The Rainbow, Oz-Stravaganza, Ryan Jay, The Sound Of Oz, The Wizard of Oz, Who Put The Rainbow In The Wizard Of Oz