Dauman Music/Tarpan Records’ powerhouse new vocalist Cheyenne Elliott debuts on the
Billboard Dance chart at #42 with a bullet this week with “With You”. The hands-in-the-air
club anthem celebrates that special someone who helps us feel alive. While most beats
releasing to dance floors today lean toward Electronic fare, Elliott’s track presents a more
classic, disco vibe. Written by Cheyenne and Lisa Gressett along with Whitney Houston’s
longtime collaborator Narada Michael Walden, “With You” is a fun, upbeat, warm and
inviting song. Narada, named by Billboard as one of the "Top Ten Producers With the
Most Number One Hits", also produced the track. Club remixes are by DJ Jamie Sanchez,
Denny Tsettos with Lenny M. and Giuseppe D., Tunnelmental Experimental Assembly, and
The Booda. “With You – The Remixes” is available on iTunes and all major online music
retailers now from Dauman Music/Tarpan Records.

Wow! That's some pedigree! Well let's not keep you waiting here she is Ms. Cheyenne Elliott!

MS: Congratulations on the success of "With You." What I love about the song is normally in dance music the vocals are overshadowed by the music, your vocals on "With You" are not .

CE: No, we made sure that they were very prominent and not too over edited either. A lot of time you have very auto-tuned voices over dance music, we wanted to make it feel very natural but with that dance behind it, which I love!

MS: This is my kind of dance music, I can't handle the other kind.

CE: Right there's too much going on. This is just really raw, my vocals and the dance track. I thought it was a great combination.

MS; Given your background did you come out of the womb singing?

CE: (laughs) Basically, yes. It's a literal thing I have been singing since before I can remember. It's never not been a thing in my life.

MS: How could it not be?

CE: How could it not? 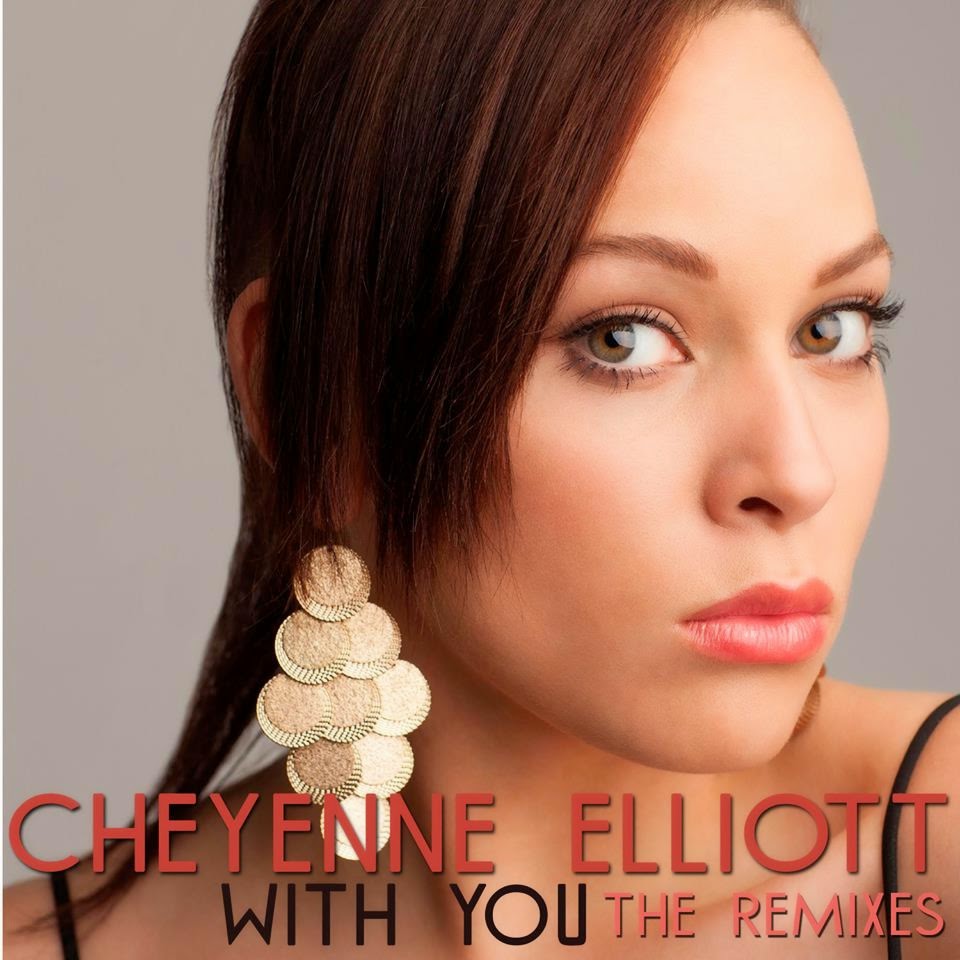 CE: Yes, with my Mom ( Lisa Gressett) and Narada Michael Walden. All three of us had a lot of creative input in the song which was awesome!

MS: I've heard your favorite Whitney Houston song is "I Wanna Dance With Somebody."

CE: That song makes me feel great, and I love feel good songs. Everything about that song was just her, it's amazing!

MS: You do see how "With You" relates to that song I assume.

CE: Definitely! There's little hints and sprinkles of  "I Wanna Dance With Somebody" within "With You" which we really tried to incorporate in it.

MS: Rumor has it you are a big Fiona Apple fan.

CE: Oh, I love Fiona Apple, oh my God! "Shadowboxer: is one of my all time favorite songs! If you ever ask me to go see Fiona Apple I will be first in line. She is everything to me!

MS: I know you are all about the positive, and Fiona isn't really negative, but...

CE: Yeah, when people meet me and ask me who my favorite artist is and I say Fiona Apple, they're like: "Huh? Didn't see that one coming" it's like a plot twist. (laughs)

MS: How were you the bartender on "Watch What Happens Live" when you are under age? (laughs)

CE: I was the bartender and I couldn't legally drink yet. It was a lot of fun! Andy Cohen was so warm and welcoming. Really the whole staff at the Bravo Clubhouse were so nice and relaxed. I felt no pressure it was a lot o fun!

MS: Is there a cover of song you would like to do?

CE: Oh, I actually do have a cover of "Lego House" by Ed Sheeran on my fan page that we released recently. I love that song, that is music that I personally love, Ed Sheeran, John Legend, Sam Smith, if you look through my iPod those are the top twenty five recently played.

MS: Give a fond musical memory you have of being with your family.

CE: One fond memory that was fun that we all got to do, Whitney, Myself, My Grandmother, Whitney's Mom, My Cousins, My Dad...the entire family, got together and recorded a song for Tyler Perry's "Daddy's Little Girl." Having a group of people that is your family all in the studio at once is an amazing experience! You're recording a song, and everybody sings and they're amazing, you are overwhelmed by all of these voices coming together. I was really young at the time and I remember closing the song with a little lick, I was just coming into my own vocally and finding out who I was as singer. I remember Whitney being so encouraging, she couldn't believe the progress I had made in 10 years. She heard me and was really inspiring and motivating, I remember her clearly being uplifting and making me feel great about my little solo. That was one of the greatest moments of my life!

Have Cheyenne "With You" at: