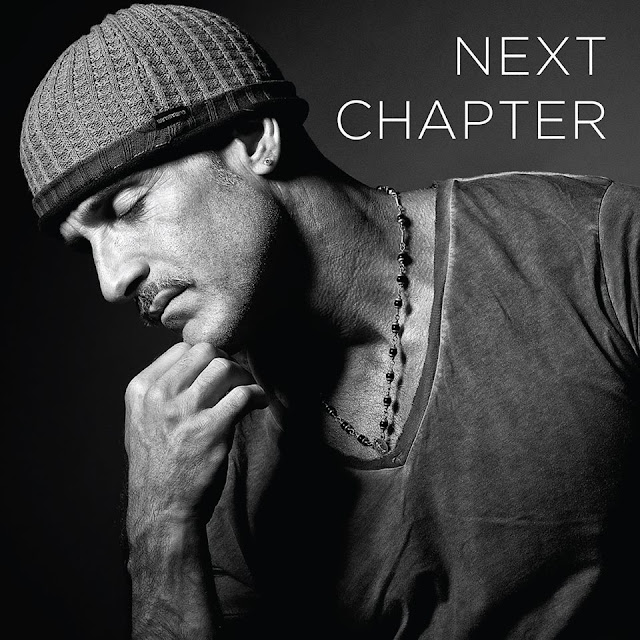 Since then Colton has become an accomplished singer and actor. He has had hit singles and albums such as Tug of War. His current EP is Next Chapter. He recently starred in the premiere of the play (which I attended) And All The Dead, Lie Down by Harrison David Rivers directed by John Coppola in Los Angeles, CA.

With a portrayal of Sheriff Trout on Here's hit supernatural series The Lair thrown in for good measure, what's next?

It's time to turn the page on Colton's career. Hey, it's all about that falsetto...Let's meet the 2015 model of Colton Ford.

MS: Hey how are you?

CF: I'm driving and eating, it's one of those days where I have to schedule my bathroom breaks. (laughs)

MS: You recently moved back to Los Angeles.

CF: I've been back in LA for a year and a half. I lived in New York seven years prior to that. It was time to move back to LA. I got everything I needed to from New York and I didn't have to be there to do what I was doing. I love New York though and still make trips there.

MS: Obviously I saw you in the play And All The Dead, Lie Down. This was the first time it was done ever, correct? 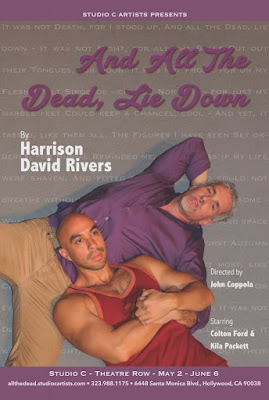 CF: Yes, it's the first time it was done. The writer, director and my co-star Kila Packett all developed it. It was a great experience!

MS: Kila and yourself had amazing chemistry!

CF: Yeah, we wanted to make it real and we worked hard on that. I really enjoyed it. I haven't had the opportunity to play a drama in quite some time with the things that I've done acting wise. It's usually been more cheeky, or like Sheriff Trout on The Lair stuff along those lines. So it was fun to explore that energy, there were more emotional things happening in this project than what I have been able to play in the other things that I have done.

MS: There was a lot of nudity and free balling in the show, I was told that was in it before I went, but was not expecting as much as there was.

CF: It wasn't supposed to be gratuitous. The whole idea and concept of this was that the audience is a voyeur. Your peeking in the window and watching a couple in their own natural habitat, without them having the knowledge of being watched. When they come out of the shower they take their towel off and they get dressed, when they go to bed and have sex they take their shit off...you know what I mean? It was the way it would be in real life and that's what the playwright & director wanted.

There is a thing about seeing a penis. We know Nicole Kidman was nude on Broadway, but when Daniel Radcliffe was nude we heard a lot more chatter about that. Some people are really taken aback by it and some just accept it as part of what the story is. The director was very cautious and concerned that it not be delivered in a way that was gratuitous.

MS: Mainly the conflict in the show stemmed from one of the couple being HIV + and the other being HIV - what are your thoughts on that?

CF: I think everybody has to figure out how they want to love. I am of the mind set that it would not be an issue for me if I was feeling somebody, and falling in love with somebody. We all should be educated about how you get it and how not to get it. We also have to recognize that we are a species that has to deal with sexually transmitted diseases, I don't care what it is you are at risk even if you practice safe sex. Personally I am not of the mindset that I am going to give someone head with a condom on, it's not for me. I make sure there are no cuts and sores in my mouth and I generally stay away from people cumming in my mouth. Just little things that make my experience safer. If your sexually active and not in a relationship chances are you are going to connect with someone that might be HIV +.


People now have undetectable viral loads, I don't live in fear around it. It certainly does not dictate whether or not I get to know somebody. That's the way that I look at it. The more that you are educated and the more you get to know the dynamic of HIV the less fear based you will be. You will be more open with regard to loving somebody without placing those kinds of conditions on that love.

MS: Let's talk about your current EP Next Chapter.

MS: It's more hard R&B and less Electronica than your previous efforts.

CF: My roots are R&B/Soul that's where I have lived all my life. When I was signed with Virgin in the 90's it was straight R&B. I moved into House Music and subsequently EDM. There has always been a thread of soul in my music and certainly in my vocal arrangements, you can tell my roots are in that genre of music. Now that I am in my fifties I want to do music more reflective of where I live and who I am...I certainly love Dance Music. The new stuff I am working on is more R&B/Soul, but it has the ability to be re-mixed into a dance song. That is how I am shifting musically. My next album is definitely going to be more Soul/R&B/Contemporary. Depending on the single release we will have a re-mix package that will give all of the different musical vibes and energies, but the album version will be of the R&B/Soul genre.

MS: I really loved Love is Taking Over which you co-wrote.

CF: Thanks! I co-wrote all of them except for the covers of Yesterday and Something About You.

MS: Sorry I didn't stay and hang out to say Hello after the play. I figured it was OK since I saw you before. (laughs)

CF: No worries I figured you had something to do. (laughs)