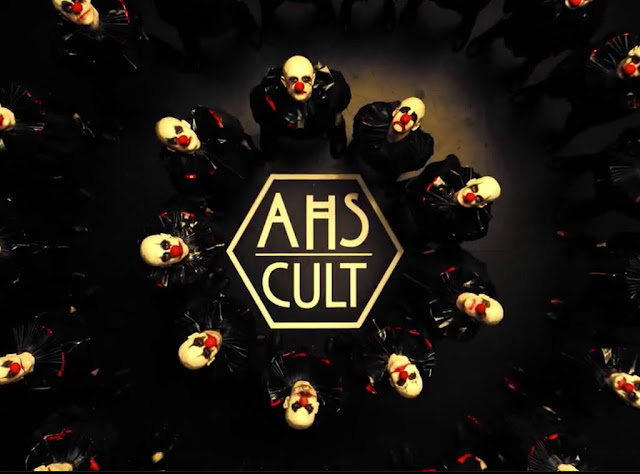 While I am not going to review last night's shenanigans on American Horror Story: Cult I will say this - who knows what the hell is going on? Please if you do, or think you do, spill!

Election night 2016 kicks off this season that had many WTF?! moments in it. How WTF?! were they Michael? Evan Peters character Kai urinating in a condom and tossing it at a group of Latino immigrants spouting racial slurs. A gang of clowns one who masturbates in front of Sarah Paulson's Ally while two others of the insane clown posse fornicate in front of her.

As if Donald Trump "leading" our country isn't freaky enough, we now have to contend with this shit as a result of him being elected???

The only thing I can state about last night's premiere is it left me in a state of confusion as to where this season is going to lead. This could be a good thing although it turned out that it was not so good when Roanoke aired last season and turned out to be even worse than Coven.

Yeah, of course I will keep watching. The crazy array of scenarios trotted out before me last night were completely nuts! I hope where this path leads is equally so.

Posted by Michael Shinafelt at 6:03 AM