You Didn't Give Them A Chance 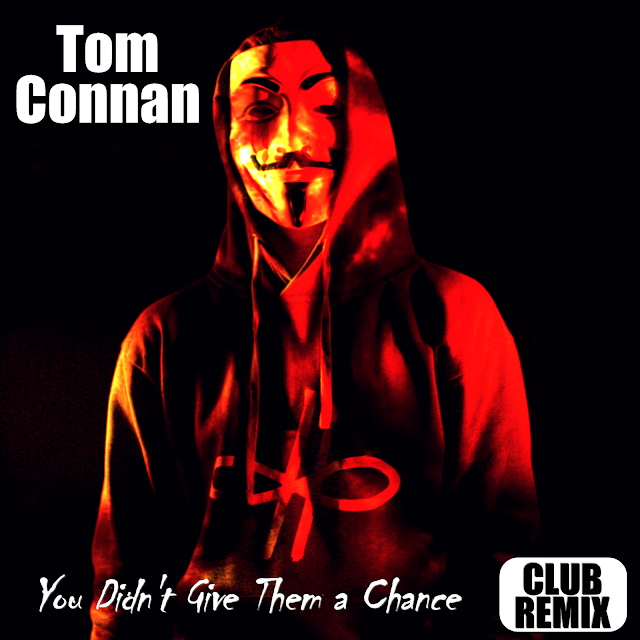 Entertain Me favorite and friend Tom Connan is back with a decidedly different tone. He has done a dance mix of his cool as ice song  "You Didn't Give Them A Chance."

Turning it on it's head and making it into a terrific political anthem. I could extrapolate on this, but wouldn't you rather hear it from Tom?! I thought so, moving on...

MS: What made you decide to do the dance mix with a political bent?

TC: I live in France and, as you know, several terror attacks happened here the last few years. And over time, this is spreading all over the world. I'm creating music but I can't get this shit out of my head. When we decided to make a new video, I wanted to do something special, something more personal. Then I thought about those great moving videos Michael Jackson made quite a long time ago, especially They Don't Care About Us. I said to myself: "that's exactly what I need to do now".

MS: I like the use of Anonymous. How did you land on him as a central figure?

TC: I'm not sure I'll keep using the Anonymous mask, but this was clearly inspiring. It represents some kind of progressive hidden resistance, which is really important nowadays -social media are awesome but this is also the place where you can find a lot of hateful comments, a lot of anti-Semitic or homophobic people for instance. It can be really tough. Therefore you must have some kind of online counter power. A journalist recently said in the Huffington Post that I was trying to "bring entertainment and politics together". I think she understood exactly my intention.

MS: There are so many images of people who were dictators and failed, I think I am sensing the overall message, correct?

TC: I tried to analyze coldly the phenomenon of barbarism. Some people, including some close friends of mine, were afraid to see the face of Hitler in the video, especially because he's laughing. Obviously I can understand that. And believe me, we thought long and hard about it. But we decided to keep the footage, because we don't have the right to forget it. A lot of Jews are still being murdered simply because they are Jews, that's why it's still a hot topic. Our world is bleeding, and history is sometimes repeating itself. We must be aware of that. We must be united as citizens to protect the free world. It's more fragile than we think.

MS: What are you wearing right now?

TC: I have to admit I'm only wearing my own clothes from now on -we launched a clothing brand this summer (www.tomconnan.com/store). This is Karl Lagerfeld's fault: as you know he's always wearing the same outfit... I do the same! More seriously, I'd say I feel more comfortable with my own clothes. Fashion is a new world for me but this is so exciting, especially when you live in Paris.

MS: Leave us the foremost thing on your mind regarding this project.

TC: This new single and music video is closing what I would call the first chapter of my musical career. We released four singles and four music videos in ten months, it required a tremendous amount of work. A lot of things happened, I met some incredible people in the industry and new stuff will be coming soon. What is really exciting is that you never know what will be next. Six months ago I never thought I would create some clothes, or make such a "political" music video. I chose to be an artist and I always try to do my best. But I don't want to forget the main reason why I chose this path: to be free.

Be Free with Tom, check out You Didn't Give Them A Chance after the jump!

Tom on Social Media at:

Email ThisBlogThis!Share to TwitterShare to FacebookShare to Pinterest
Labels: Anonymous, Entertain Me, France, Karl Lagerfeld, Michael Jackson, Naked, Paris, Political, The Huffington Post, They Don't Care About Us, Tom Connan, You Didn't Give Them A Chance