Who Do You Think I Am? 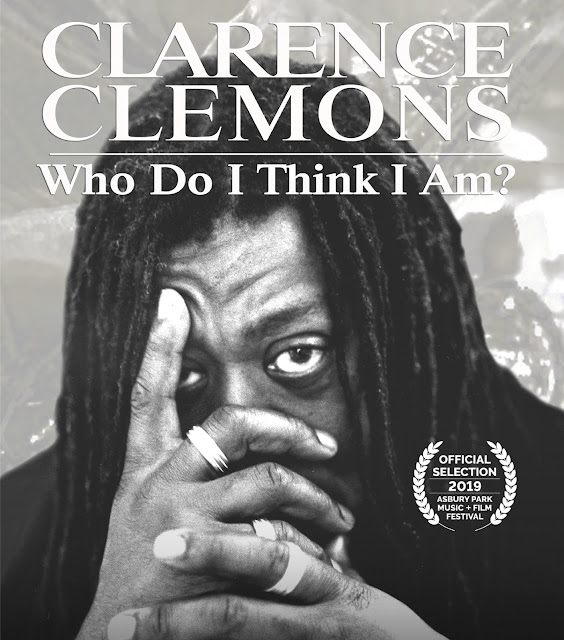 Clarence Clemons: Who Do I Think I Am?
coming to Blu-ray / DVD and VOD on August 13th
New documentary about "The Big Man" Clarence Clemons of E Street Band fame features interviews with Bruce Springsteen, Nils Lofgren, Narada Michael Walden and more

From Virgil Films & Entertainment comes Clarence Clemons: Who Do I Think I Am? - an intimate portrait of one of the most famous saxophone players in the world. After a theatrical run in select cities in July, the film will be released on August 13th as a Blu-ray / DVD package (MVD Entertainment Group) as well as Digital HD (Virgil Films). A TV or SVOD release is planned for first quarter of 2020.

After Bruce Springsteen and the E Street Band's marathon "Rising Tour" came to an end in 2003, saxophonist Clarence Clemons felt like he needed a break. Though the world knew him as The Big Man and a lifetime member of the E Street Band, there was also a deeply spiritual side to Clemons. So he packed up his saxophone and journeyed to China, where he could be more or less a nameless traveler in a foreign land. Following him was director, friend and photographer Nick Mead, who documented Clarence's transcendent awakening overseas. Once Clarence had returned to the States, Mead decided to keep the cameras rolling, which is when tragedy struck: while in Florida, Clarence suffered a stroke and passed away.
With the help of producer Joe Amodei, the film became more than just a document of Clarence's spiritual journey - it became a biography for his life and a love letter and farewell from those that knew him best.
"It was an honor and a privilege to work with Nick Mead on this project. Clarence was a true Big Man! His spirituality rose to the top of every interview we conducted." says producer Joe Amodei.
Featuring interviews with President Bill Clinton, Joe Walsh, Nils Lofgren, Jake Clemons, and former band mates, friends, and close family members, Who Do I Think I Am? highlights Clarence's life as musician and member of the E Street band while also presenting another side of the man not many knew when he was away from bright stage lights. It's an intimate portrait of Clarence's quest for enlightenment and meaning in what would sadly be the final years of his life.
The film was one of the spotlight premieres at the recent Asbury Park Music and Film Festival in April and will show in June at the NJ International Film Festival as well as the Woods Hole Film Festival in Cape Cod this summer.
Posted by Michael Shinafelt at 6:07 AM