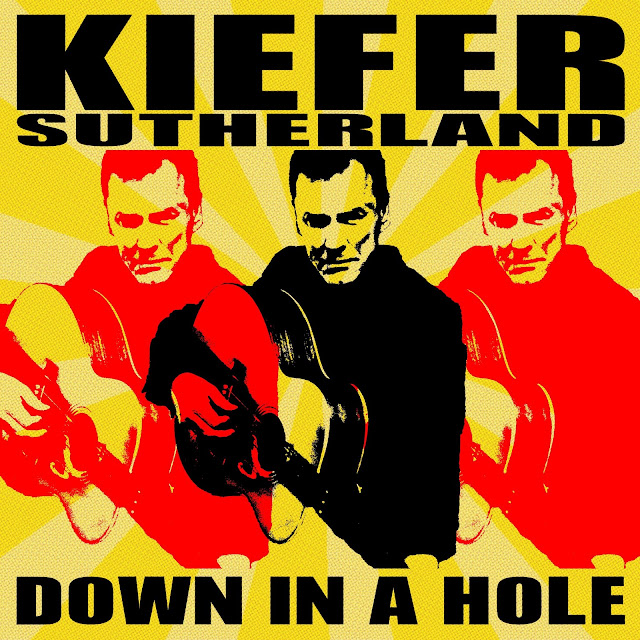 Kiefer Sutherland’s soulful baritone vocals and guitar licks continue to captivate audiences with his second music video, “Can’t Stay Away,” premiering exclusively this weekend during CMT’s Hot 20 Countdown. The track is the latest release from Sutherland’s debut album Down In A Hole, which will be released August 19 by Warner Music Nashville/Ironworks Music. Down In A Hole will be available for pre-order August 5. Click here to download “Can’t Stay Away.”

Sutherland, who co-wrote every song on the upcoming 11-track album with producer Jude Cole, including “Can’t Stay Away,” just wrapped up a North American tour that included sold-out dates across the U.S. and Canada.

“We wanted the biggest look for the premiere of Kiefer Sutherland’s new song and video “Can’t Stay Away!”

“CMT’s Hot 20 Countdown has a weekly large, loyal base of country music fans who want to see what’s hot and new. “Can’t Stay Away” captures the live, intimate, real and raw essence of what Kiefer has been doing on the road, playing small towns and small clubs. Undeniable!’ Fram added.

Earlier this year Sutherland gave fans a taste of his songwriting notebook when he released the pedal-steeled “Not Enough Whiskey.”

“This record is the closest thing I’ve ever had to a journal or diary. All of these songs are pulled from my own personal experiences. There is something very satisfying about being able to look back on my own life, good times and bad, and express those sentiments in music. As much as I have enjoyed the writing and recording process, I am experiencing great joy now being able to play these songs to a live audience, which was something I hadn’t counted on,” Sutherland said of Down In A Hole.

Sutherland, an Emmy and Golden Globe Award-winning actor, is known for his starring role on the Fox series "24," starring roles in movies like ‘Stand By Me,’ ‘The Lost Boys,’ ‘Young Guns,’ Flatliners,’ and many more. Sutherland’s upcoming ABC series “Designated Survivor” premieres this fall on ABC.

Keep up with Sutherland on the road by visiting kiefersutherlandmusic.com or connect with Sutherland by following him on Twitter and Facebook.
Posted by Michael Shinafelt at 7:17 AM