2012: It's The End Of The World, Prepare Yourself With The Chippendales Calendar! 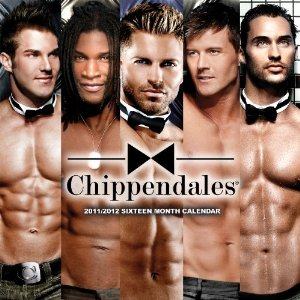 2012 is the time to get your Chippendales on...their calendar features such diverse guys as: Kenny King (Pro Wrestler) & Jaymes Vaughn (Lead Singer & Musician).

This venerable all male dance troupe will be also be celebrating 30 years since their debut &  the
10th anniversary of their show "Six Packs" in Las Vega$ as well, does this really sound like the end?!

Talk about a legacy of stamina...!

2012: It's not the end of the world, only the beginning, celebrate it with the men of Chippendales at: