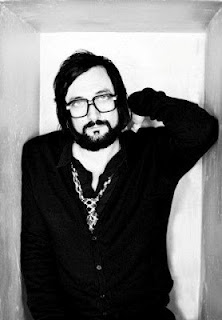 Blaudzun: Solar deals with a troubled love life obviously, the title was inspired by Ian McEwan’s novel.  But I try not to explain my songs too much because it deprives listeners of a first an honest chance to discover any meaning or story for themselves.

This video was shot at locations world wide. It is 100% analogue and was filmed on 35mm with a LomoKino, a re-issue of an old camera from the Soviet Union. It’s directed by my dear friend David Douglas. The parts were you see me singing were shot in Barcelona (Spain).

MS: Do you love performing live?

Blaudzun: Yes I do love it a lot. Songs are meant to be played live in front of people, actually that’s the final stage of the writing process I guess. Songs don’t stop evolving after I recorded them. They continue to grow and change while singing them before an audience. A song is like a living being to me.

MS: Tell us about that rush.

Blaudzun:To be able to sing and to play with other musicians is what I like most. That’s the reason I don’t do solo performances that often. It’s great to create sound and musical layers with talented people and watch those faces in the crowd enjoy and reinforce the music coming from the stage.


MS: What song in your catalog best describes you?

Blaudzun: It depends on my mood I guess, but there’s no particular song that describes me best. Heavy Flowers (the album) as a whole is what I feel is me at this moment.