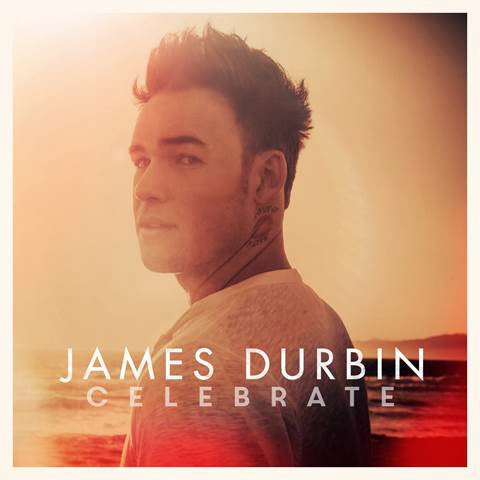 Christmas has come two days early for all you Durbinators as Mr. James Durbin announces his tour dates for 2014!

So plan ahead you die hard fans and Merry Christmas!

James Durbin has announced the initial dates for his upcoming 2014 acoustic US tour beginning January 3, 2014 at The Viper Room in Los Angeles.  The six week trek will end on February15 at The Catalyst in Santa Cruz.  Kelley James Kelleyjames.com will be direct support on all shows.  All confirmed dates listed below.

After a flurry of tweets poured through to twitter from fans wanting to tweet to unveil the album cover, James Durbin recently revealed the album cover artwork and full track listing for his sophomore CD release titled, CELEBRATE.  Wind-up Records will release CELEBRATE on April 8, 2014.

As previously announced,  James, who co-wrote 10 of the albums 11 tracks is busy putting the finishing touches on the 2014 release with producer Scott Stevens. The first single fromCELEBRATE is “Parachute” and is available for purchase via iTunes here: https://itunes.apple.com/us/album/parachute-single/id738550728?ign-mpt=uo%3D4

The lyric video for “Parachute,” an homage to 80’s retro arcade games, made its premiere onYahoo! Music and can be viewed on James’ VEVO channel on

“Parachute” is the first new music from James since his last two singles “Love Me Bad” and “Stand Up” were released in 2011.  “Love Me Bad” cracked the Top 30 at Hot AC/Top 40 radio while the anthemic NFL rock single “Stand Up” landed in the Top 20.  “Stand Up” was an official NFL anthem used on jumbotrons nationwide during the NFL’s 2011-12 seasons. Both tracks were featured on his debut release Memories Of A Beautiful Disaster which debuted in the Top 10 on Billboard’s Rock Album chart and #36 on Billboard’s Top 200 Album chart.   MOAB has sold over 120,000 copies to date and was named one of Billboard’s Best Rock Albums of 2012.

“Parachute” showcases new territory for James leaning more on sing-a-long choruses with crisp pop-rock hooks while still letting his powerful and energetic voice shine.  “Parachute was the 10th song I wrote for the new album and as soon as we finished in the studio I knew it had to be the first single.  I can’t wait for everyone to hear it” said James.  “Parachute” is available on iTunes now and will impact Hot AC & Top 40 radio in January 2014.  .