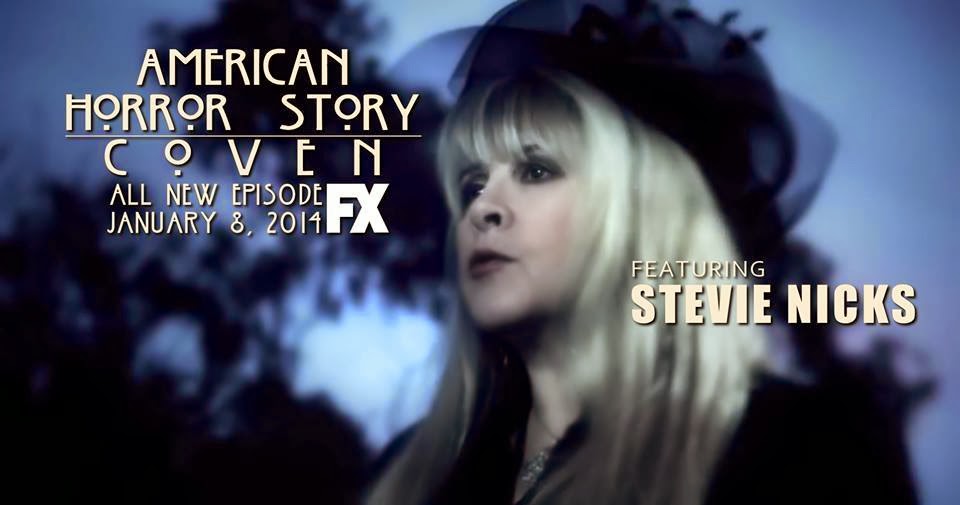 That's right all you "American Horror Story: Coven" fans, the legend, the goddess, the witch? Ms. Stevie Nicks makes her much anticipated appearance on "AHS: Coven" this Wednesday!

Stevie is the object of necromancer and possibly next witch supreme, Misty Day's (Lily Rabe) worship, Misty believes Stevie to be a witch in real life. Rumblings of the plot line have something to do with reigning witch supreme Fiona Goode (Jessica Lange) using Ms. Nicks to get to Misty, how remains to be seen.

Whatever the outcome or plot line, the guess is, Stevie will be revealed to be an actual witch on the show. Hey, those rumors have been following her for years.

In true Stevie brilliance to my knowledge she has never addressed those rumors (no pun intended) one way or the other, that makes this guest stint a perfect fit.

So now you know where I will be this Wednesday at 10pm!

Have a terrific week!

Posted by Michael Shinafelt at 3:25 AM