An Ode To Helena Bonham Carter

For those of you who think Ms. Helena Bonham Carter only has a career because of her partner Tim Burton, that just proves how Mother F#cking young you are!

She has been around for a while and has had a quite successful acting career long before that.

I first remember seeing the amazingly talented Helena in the great film "A Room With A View" if you don't know it, check it, with my friend Jennifer DiMartino of the "Americana With Twisted Roots" band, The Drews, she is a fellow Helena fan, FYI.

Not to mention the lovely film "Howard's End" and one of my all time favorites "Fight
Club."

Helena's career has been a unique one, she has always marched to the beat of her own drummer and ALWAYS let her freak flag fly! 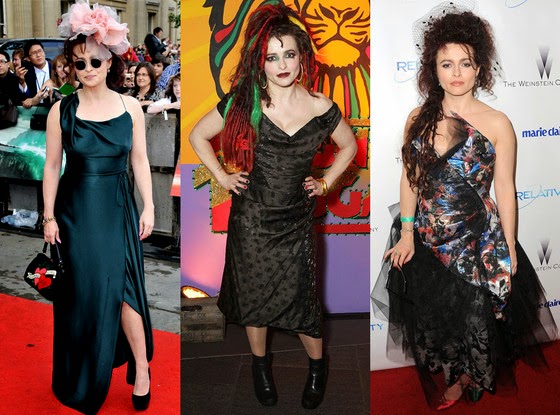 Keep on bucking the trends and keep being you Helena, we will always love ya!