Have A "Silverball" Naked 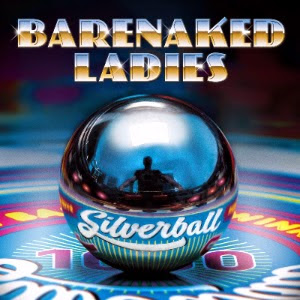 
Get naked grab a "Silverball" and do your thang!

Silverball, the new album from the Barenaked Ladies premieres exclusively on Billboard.com today. Available on June 2nd, the Ladies’ 14th studio album showcases the band’s growth and stands as a testament to their longevity.

BE THE FIRST TO STREAM THEIR NEW RECORD AND READ AN EXCLUSIVE INTERVIEW WITH ED ROBERTSON HERE: http://www.billboard.com/articles/columns/rock/6576022/barenaked-ladies-silverball-premiere-new-album-stream

WATCH OFFICIAL MUSIC VIDEO FOR THE SINGLE “Say What You Want” HERE:https://youtu.be/R_lRI5-Qzp8